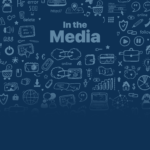 Driven to Givin’ at the Gainesville Car Show

Jerry said, “I have four cars that I show all the time and help raise money for groups like the American Heart Association. We ‘adopted’ a family one Christmas, and I thought, ‘What if we could take this to another level with a car show?’ Then we could help a bunch of families.”

The six-person Gainesville branch and their spouses spent about five months planning and organizing this year’s event. The passion and dedication paid off as CES Gainesville hosted an incredible 92 vehicles. Jerry mentioned vehicles arriving from across Georgia, South Carolina, and Tennessee — even Austin, Texas.

Jerry reported that everyone had a blast. Music played on a sound system throughout the day, as he announced from the microphone. CES Sales Rep. Jimmy Harris catered with his personal barbecue rig and competition-level cooking skills.

In the hopes that everyone would return next year, the team ensured that every visitor won something. CES and vendors, such as Milwaukee, Klein Tools, and Pass & Seymour, supported the car show with goody bag gifts and prizes. Jerry even handcrafted the 35 trophies for different categories, such as Best Car, Best Truck, and Best Rat Rod.

It appears no detail goes overlooked by the 21-year CES veteran, and the results speak for themselves. One long-time Gainesville branch customer wrote a $2,000 check that day. “I’m sure I had a dumbfounded look on my face,” Jerry laughed.

His favorite part of the event, however, was watching everyone spend the day together. “It’s seeing people from all walks of life and age groups getting along. It’s the fellowship,” Jerry said.

The Gainesville team made the most of the donations through smart bargain hunting. Through the Kohl’s Cash reward program, they effectively purchased $6,700 in gifts for this Christmas.

“I know Christmas isn’t about having stuff, but I can’t imagine these kids waking up that morning and not getting anything,” Jerry said.

He feels especially giving after getting a second chance at life. On March 1, Jerry received a heart transplant.

“This company got behind me 1000%. Everybody from the top down supported me all the way. If they can do that for me, surely, we can do something for those locally,” Jerry shared.